Chadron State Park, established by the State Legislature in 1921, consists of 1,500 acres of buttes and wooded hills in the Pine Ridge area. The entrance to the park is adjacent to U.S. Highway 385, approximately 30 miles north of Hemingford. The park, one of Nebraska’s most beautiful, was developed to a large degree, by Civilian Conservation Corporation (CCC) forces; and the State Game and Parks Commission has since maintained and added improvements annually. The park facilities include administration and maintenance buildings, 22 fully equipped rental cabins, numerous camping facilities, supervised swimming pool, 3½-acre lake, rental rowboats, bridle paths and trails, and trout streams. 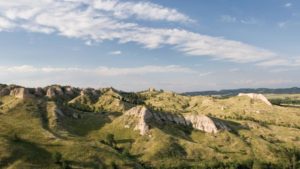 Nebraska’s largest state park is located at Fort Robinson, 40 miles northwest of Hemingford. This park serves as a tourist center and vacation headquarters for an average of 354,000 persons each season (April 15 to November 15). Here Nebraska’s most famous military outpost stands almost as it was 90 years ago. The old double veranda brick barracks building now houses a hotel and cafe. The former adobe and brick officers’ quarters have been converted to rental cabins complete with modern housekeeping facilities and appliances. The park also has trailer and camping facilities, live theatre nightly (summer season), swimming pool, concrete tennis courts, horseback riding facilities, and fast-running cold water streams for trout fishing. Buffalo and long-horn cattle roam the pastures of Fort Robinson. Bighorn sheep can also be seen in the area around Fort Robinson. The old post headquarters building was dedicated in 1956 as a State Historical Society museum. 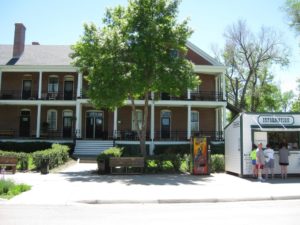 This area is also known for its World Class Fossil, a geological find. Many artifacts are on display at the University of Nebraska Trailside Museum at Fort Robinson. Included in the many displays is a Columbian Mammoth skeleton.

A short distance away is the Agate Fossil Beds National Monument, known for its world class Miocene mammal fossils. 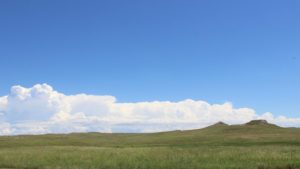 Toadstool Park is located two miles west of State Highway 2 about 60 miles north of Hemingford. The rock formations in the park show the result of thousands of years of erosion. The area is a rock hound paradise where hunters find fairburn agate and Nebraska’s gem stone, the blue agate. 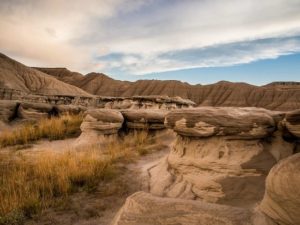 The memorable surrender site of Red Cloud, famous Sioux Indian Chief, is located just 75 miles north of Hemingford. Also located in the area, just north of Chadron on the Sioux Indian Reservation, is the famous Wounded Knee Battlefield. Among the many historic sites in the region are Breakneck Hill, the 1875 Treaty Tree, Cody-Yellowhand Battlefield, Camp Sheridan and Spotted Tail Agency, and James Bordeaux’s Restored Fur Trade Post (the Museum of the Fur Trade).

8-201 Sidewalks; Kept Clean. It shall be unlawful for the occupant of any lot or lots or the owner of any vacant lot or lots within the corporate limits to allow snow sleet, mud, ice or other substance to accumulate on the sidewalks or to permit any snow, sleet, ice, mud, or other substance to remain upon said sidewalk. All sidewalks within the business district shall be cleaned within five (5) hours after the cessation of a storm, unless the storm or fall of snow shall have taken place during the night, in which case the sidewalk shall be cleaned before eight (8:00) o’clock AM the following day: provided, sidewalks within the residential areas of the Municipality shall be cleaned within twenty-four (24) hours after the cessation of the storm.